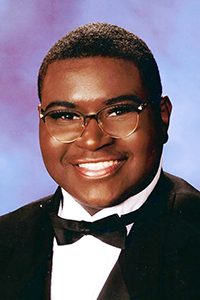 Jackie Lenzel Spikes III was born in Bogalusa on April 20, 2001, to the late Jackie Spikes Jr. and Janice Denise Sowell.

At the tender age of 5, under his paternal grandmother’s loving Christian guidance and influence, Jackie joined and was Baptized at Ford’s Chapel Missionary Baptist Church of Sandy Hook, Miss., under the leadership of Reverend Edward Mark Jr.

Jackie attended Varnado High School, an Honor Student that also played the Tuba in the Band. Graduating in 2019, Jackie continued to further his education by attending Northshore Technical Community College of Bogalusa.

A funeral service will be Saturday, Jan. 2, at 11 a.m. at Crain and Sons Funeral Home of Bogalusa. Interment will be in Ford’s Chapel Cemetery.