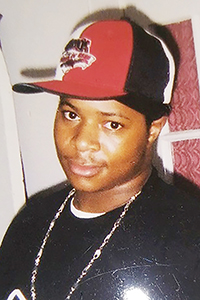 With deepest sorrow, we announce that Rickey “Big Baby” Pittman, 36, our most beloved son, brother, father, family member, and friend, passed on Wednesday, Dec. 9, 2020, at Our Lady of the Angels Hospital. Those who knew Rickey, even just a little, lost a shining light in their lives.

A funeral service will be held on Saturday, Dec. 19, at 1 p.m. at Crain and Sons Funeral Home in Bogalusa, with the Rev. Eddie Perdue officiating. Interment will be at Bogalusa Cemetery.