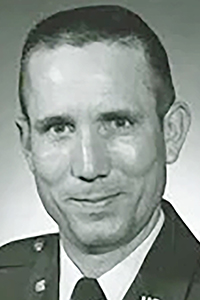 He was a veteran of the U.S. Air Force and retired as a Major. In 1963 he graduated from Southeastern Louisiana University with a bachelor’s degree in music education.

He was preceded in death by his parents, Rex and Bertha Culpepper; and two brothers, Joseph L. Culpepper and James A. Culpepper.

Services for Mr. Culpepper will begin on Monday, Dec. 21, at Green Valley Mortuary in Rescue, Calif. Visitation will begin at 5 p.m. on Monday, Dec. 21, with a vigil beginning at 7 p.m. A funeral mass will be held on Tuesday, Dec. 22, at Holy Trinity Catholic Church in El Dorado Hills, Calif., beginning at 10 a.m., with a graveside service at Sacramento Valley VA Nation Cemetery in Dixon, Calif., at 12:30 p.m.