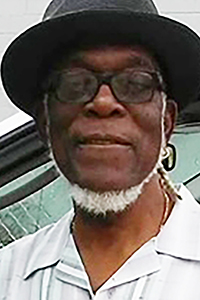 Glenn Ellis Brown was born on June 22, 1946 in Bogalusa, to Mr. J.W. and Mildred Brown. On Tuesday, Dec. 8, 2020, Ellis was called home by his heavenly father to rest; he left this place called earth and obediently, and humbly went home.

He was educated in the Bogalusa City School System and after graduating he joined the United States Army. Glenn worked as a mail carrier but he loved being a barber and playing his sax, and also listening to jazz. He was married to Joyce Mitchell Brown.

He was preceded in death by his parents, J.W. and Mildred Brown; and two brothers, Charles and Alonzo Brown.

The funeral will be held on Saturday, Dec. 19, at 11 a.m. at Cook-Richmond Funeral Home Chapel, visitation will begin at 10 a.m. until the time of the service. The Rev. Laranzo Magee will be officiating.

Cook-Richmond Funeral is in charge of arrangements. Sign the guestbook online at www.cookrichmondfuneral.com.