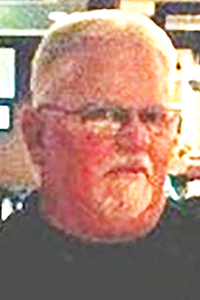 Steve “Mike” Beard, 69, of Bogalusa, passed away on Dec. 13, 2020, at his home in Bogalusa. He was born on Oct. 19, 1951, in Tylertown, Miss., to Tunison and Evelyn Beard. Mr. Beard worked for KCS Railroad for 34 years. He was raised as a member of Providence Baptist Church in Jayess, Miss., and was currently an active member of New Bethel Church in Bogalusa. He was a loving husband, father, and grandfather and will be missed by all that knew him and loved him.

Mr. Beard was preceded in death by his parents, Tunison and Evelyn Beard.

Services will be Friday, Dec. 18, at Poole-Ritchie Funeral Home with visitation starting at 10 a.m. and continuing until the funeral service at 2 p.m. in the Chapel. The Rev. Chris Allman will officiate the service, which will conclude with military rites given by the Magic City American Legion Post #24.

In lieu of flowers, it was Mike’s request that donations be sent to Providence Baptist Church for the cemetery fund.