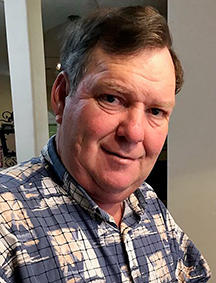 It is with deep sorrow that we announce the passing of our beloved Mark Aaron Newman on Dec. 4, 2020 at his home in Franklinton, La. at the age of 64. He was born Nov. 14, 1956 and married Barbara Bounds on March 6, 1981. They made their life in the Franklinton area with their two devoted daughters Ashley and Crystal.

He is preceded in death by his parents Marion Newman and Chessie Creel Newman and a brother Gary Newman.

Mark was a talented builder that followed in his father’s footsteps, working alongside him from his teenage years. Then in the business with his brother Glynn, they became known as the Newman Brothers. He later went on to build his own business that kept him engaged in his trade until physical disabilities rendered him unable. His family remembers him sitting in his recliner sketching house plans and then building those houses straight from his memory. He enjoyed spending time at his camp on the Pearl River that he built himself. Anyone that knew Mark, knew him to be a hardworking man that loved his work.

From hunting or fishing to gardening, Mark enjoyed being outdoors. Some of his fondest memories were trips to Texas and Africa. His family always complained how BIG of a garden Mark would plant, usually Barbara, because she knew who would be working by his side day-after-day to pick, clean and can, can, can.

Devoted husband, Daddy and PawPaw, Mark was happiest when with his family or visiting his friends. As much as he doted on his girls, everyone knew his quick smile and pure joy came from his grandchildren. Cherished memories of hunting at the ranch with Jack and Emma, helping Charlee daily with her math homework or sharing a cup of coffee with Avaree, will keep PawPaw near to their hearts.

Mark’s first love was God. He was a member at First United Pentecostal Church of Franklinton where he served as a church board member and men’s director. Every morning he could be found at church for men’s prayer meeting, even the morning of his passing, he was getting ready for prayer. Even with years of multiple health struggles and physical pain the prayer his family always heard him exclaim was “Thank you Lord, Thank you Lord!”

Mark will always be remembered as the most selfless, caring, loving man to all he met. While he most assuredly is in Heaven, we that remain will never be the same.

Visitation will be at First United Pentecostal Church of Franklinton at 1214 17th Avenue in Franklinton on Monday Dec. 7th from 5 p.m. until 8 p.m. and after 9 a.m. on Tuesday. A funeral service will be held in the church at 11 a.m. Tuesday with Rev. John Mark Franklin and Rev. Jeremy Newman officiating. Burial will follow in the Tyson Cemetery. Face coverings and COVID restrictions will be observed by all who attend the services.

In lieu of flowers, the family prefers memorial donations to the Building Fund of First Pentecostal Church at the address above.