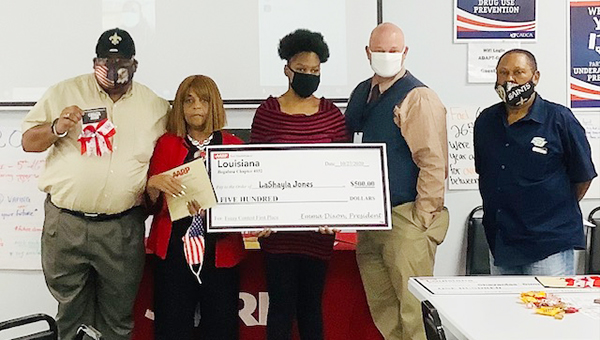 Reports were given by members. Tiffany Crain, ADAPT Administrative Assistant, announced that ADAPT is continuing to offer all services, including the sexual assault services which are free. ADAPT has opened an office in Franklinton on Cleveland Street to primarily provide sexual assault services. Rhonda Gunnell, ADAPT/PFS Director, reported that Prevention Connection/Partnership for Success meetings are held each month at 8:30 a.m., prior to the WPCHS meeting. The meetings are open to anyone who would like to join forces in reducing underage drinking and substance use by youth.

Regina Meyerchick, WPCHS Drug Free Communities Director, announced that 80 youth have completed applications to be a member of the Washington Parish Youth Coalition, which is a branch of WPCHS. Ginger Champagne, ADAPT/PFS Epidemiologist, reported that churches are being asked to form partnerships with and provide substance abuse/misuse prevention materials for congregation members. Outdoor movie screenings with a prevention message are also available for churches that are interested.

Gloria Kates gave a brief overview of the attempts being made to bring a Hookah Lounge to Bogalusa. WPCHS supported the comprehensive smoke free ordinance which was adopted by the City of Bogalusa in 2016. According to the CDC, hookah is not a safe alternative to tobacco and can cause some of the same health issues that are caused by tobacco. The Bogalusa City Council will hold a meeting on Tuesday, Nov. 17, at 5:30 p.m., at Bogalusa City Hall. Members are invited to attend and voice their opinions.

Glory Davis, WPCHS president, reminded everyone to vote in the upcoming election. She also asked members to complete a nomination form for WPCHS officers and committees for the 2021 year. Greta Williams, Regina Coeli/Bogalusa Head Start, announced that they are serving smaller numbers of children who are 3 and 4 years old, due to COVID-19. Emma Dixon, AARP president, announced that AARP is partnering with Southeast Legal Law Services (SLLS) to aid the low-income population. Wendy Henley, Beacon Behavioral Health, announced that outpatient therapy for substance abuse is being provided at the Bogalusa Office. Katasha August, Bogalusa High School Health Center, reported the continuation of services to students who have health needs.