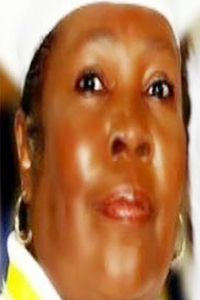 Family will receive friends for a memorial service for the late Clementine Fowler Berniard on Saturday, Oct. 31, at 11 a.m. at the Cook Richmond Funeral Home Chapel, 638 Columbia St. in Bogalusa. The Rev. Edward Sartin Sr. will be officiating. He is pastor of White Hall Missionary Baptist Church, 714 Okechobee Ave. in Bogalusa.

Mrs. Clementine Fowler Myres Berniard was born Sept. 27, 1945, to the late Mr. Lemual Fowler and Mrs. Asie Mae Peters Foster in Bogalusa. She departed this life Oct. 18, 2020, at her residence in Bogalusa.

Clementine Berniard, lovingly referred to as “Clem” by her friends, was called to Christ at a young age and was baptized at Sunlight Missionary Baptist Church, in Sandy Hook, Miss. Clem moved with her mother to Bogalusa, and attended Central Elementary School thru eighth grade, alongside her lifelong best friend Diane Magee. She later moved with family members to Angie, and attended ninth through 12th grades at Wesley Ray High School. She was a proud graduate of the Wesley Ray High School Mighty Eagles Class of 1963 and a proud participant of the Civil Rights Movement of the 1960s. She was wedded in holy matrimony to Claudie Ree Myres and to this union one child was born, Claudia L. Myres.

Clementine Berniard moved to New Orleans, where she was employed by the New Orleans Adolescence Hospital (NOAH) for 20 years, and worked at Tulane University in the Lab in the evenings. After her tenure with NOAH, she was gainfully employed by the Southeast Louisiana Veterans Medical Center of New Orleans and retired there after 20 years of service. She moved back to the Northshore and became employed at the Southeast Louisiana Hospital Bogalusa Acute Unit, located in the former Washington St. Tammany Charity Hospital. After finally leaving the workforce, she enjoyed volunteering at Pride and Hope Ministry Family Support Service and helping those in need in the Bogalusa, Varnado, Angie and Sandy Hook communities as needed.

Clementine was involved in several church ministries all around, including her home church Sunlight MBC in Sandy Hook. She loved gospel music and joined the New Zion MBC Sr. Choir in Varnado, under the leadership of the Rev. Linza R. Cotton, where she lifted her soprano voice in praise and gave her blessings of tithes and offerings. A special bond was formed during the first week in June of 2020 with her brother J.D.’s brother-in-law, the Rev. Edward and wife Tammy Sartin Sr. The Sartin couple took a special liking to Clementine’s love and selflessness. They began to spend a lot of time with her. “Rev,” as she called him, talked with her every day. She got involved in the White Hall MBC weekly Bible Study ministry. She participated every Thursday night and never missed a week of Bible lesson on Zoom. She would surprise Rev. Sartin from time to time and quiz him on different scriptures and drill him on the Bible Study lesson he taught after she studied it. She loved being a part of the Bible Study and invited family and friends to join the Zoom Bible Class. She was excited about learning more about the Word. Her last discussion with Rev. Sartin was on 1 Peter 2:21 — “To this you were called, because Christ suffered for you, leaving you an example, that you should follow in his steps.”

Clementine was a classy woman and always wanted the best. She was a proud person who was full of love and joy for others. She enjoyed living her best life and being around fun-loving people. She will be missed dearly by so many family, friends, former co-workers, and people who met her through others. She was always willing to help those in need and showed her love for mankind with true agape love. Clem lived her life with Godly love in action. She never met strangers and always offered what she had to give. She was a true animal lover. She was a true animal lover and loved every one of her many cats that ushered at her back door. Each one of Clem’s cats had their own special cat call.