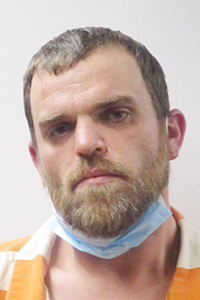 A Bogalusa man was arrested on drug-related charges Monday, after deputies investigated a report of a suspicious person, according to Chief Deputy Mike Haley of the Washington Parish Sheriff’s Office.

Haley said that the WPSO received a report early Monday morning, of a suspicious person going door to door on Mitchell Road south of Bogalusa. WPSO Sgt. Jay Dupre and Deputy James Gregorio responded to the area. Unable to locate a suspicious person on Mitchell Road, the officers spotted a man fitting the description sitting next to a business on Highway 21, Haley said.

Odom was arrested and transported to the Washington Parish Jail, charged with possession of methamphetamine and possession of drug paraphernalia.

“It just doesn’t make sense to me,” Washington Parish Sheriff Randy Seal said. “There are much easier ways to find comfort and meaning in life than through drug use. I hope this arrest serves as a means for Mr. Odom to re-evaluate his priorities in life and get whatever help he needs, so that he won’t be walking a parish road and disturbing residents in the wee hours of the morning.”