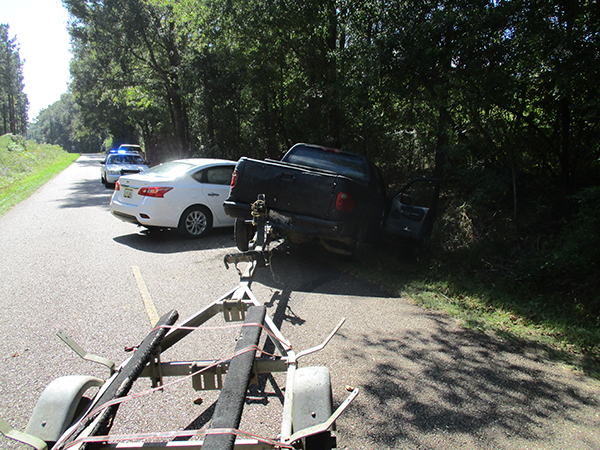 Haley said that Crain’s pursuit began Sunday when an Angie resident reported the theft of his truck and attached boat trailer.

“As WPSO deputies were responding to the theft, reports came in of two hit-and-run accidents involving the stolen truck,” Haley said. “The first hit and run occurred on Highway 438 when another vehicle was forced to leave the roadway, at which time Crain exited the truck, approached the other vehicle and broke the driver’s side window before returning to the stolen truck and driving away.
“Soon afterwards, Crain crashed head-on with another vehicle on Military Road. Both vehicles were disabled and Crain fled into the woods on foot. The canine team from Rayburn Correctional Center responded to the scene and tracked Crain to an area residence.” 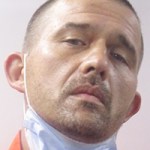 Crain was taken into custody and booked into the Walthall County Jail. He waived extradition and was transported to the Washington Parish Jail, where he was booked on current charges plus other crimes he had committed in the parish.

Haley said that Crain has an extensive record of arrests in Washington Parish, dating back to January of 2007. His 10 previous arrests were for a variety of offenses, including three counts of issuing worthless checks, vehicle theft, firearm theft, possession of illegal drugs, possession of drug paraphernalia, aggravated battery, three counts of being a fugitive from another jurisdiction, three counts of theft, burglary, criminal damage to property and failure to appear in court.

“So many agencies contributed to this arrest,” Washington Parish Sheriff Randy Seal said. “Our deputies and detectives, the Rayburn Correctional Center canine team, Walthall County Sheriff Kyle Breland and his deputies, along with the Mississippi Department of Wildlife and Fisheries, combined their resources and skills to track Crain down and take him into custody.

“I am so grateful to all of these fine agencies and officers who are always willing to assist when called upon. All citizens of Washington Parish and Walthall County are fortunate to have the fine men and women of law enforcement who are always ready, willing and able to apprehend criminals and put them behind bars where they belong.” 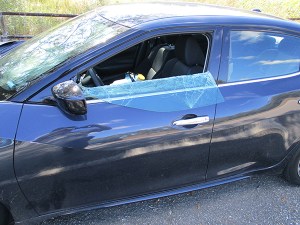 Crain reportedly broke this vehicle’s driver-side window after causing a hit-and-run accident with it.