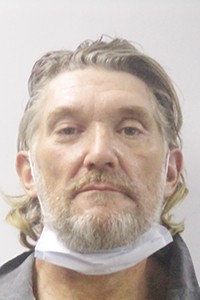 On Thursday, Oct. 8, Washington Parish Sheriff Randy Seal utilized social media to ask for the public’s help to identify the person who stripped valuable parts from an antique tractor south of Bogalusa. A concerned citizen responded and provided information that led to the arrest of a suspect who reportedly sold some of the stolen tractor parts to a local recycling firm, according to Chief Deputy Mike Haley of the Washington Parish Sheriff’s Office.

Based on that information, coupled with additional information from the person who saw a truck leaving the scene of the crime, as well as other information obtained during his investigation, WPSO Dept. Chad Cassard obtained a warrant for the arrest of Matthew Richard Slade, 46, a resident of North Jones Road located in the vicinity of the theft, Haley said.

Haley said that Cassard, accompanied by Det. Raymond Myers, Lt. Chris Hickman and Deputy Kyle Stogner, went to Slade’s residence on Wednesday and arrested him. Slade was jailed, charged with two counts of theft and one count of criminal damage.

Haley said that Slade has a record of six prior arrests in Washington Parish, beginning in 2007. Previous arrest charges include possession of heroin and other illegal drugs, being a convicted felon in possession of a firearm, probation violation and failure to appear in court.

“Many thanks to responsible social media and eyewitness citizens who came forward with valuable information,” Seal said. “They were a valuable asset to Det. Cassard as he tracked down the thief. What kind of person preys on neighbors by stealing from them? The kind of person who deserves a bed in our jail.”