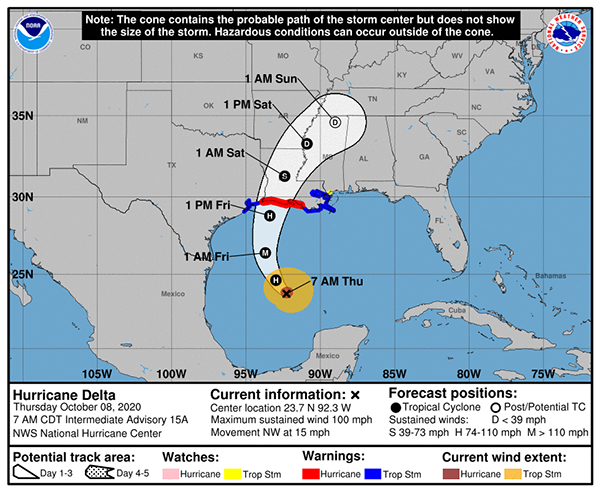 Officials with the Washington Parish Office of Homeland Security and Emergency Preparedness (OHSEP) noted that the cone is only the “probable path” of the storm center, and hazardous conditions can occur well outside the cone. The National Weather Service has tropical storm forced winds potentially occurring as far east as the Mississippi Gulf Coast. The storm is expected to make landfall in the United States sometime Friday.

As of Wednesday at noon, Washington Parish was under a tropical storm watch, with projected peak winds of 15 to 25 mph, gusts up to 35 mph, and potential higher amounts of 58 to 73 mph.

OHSEP officials said that the expected local rainfall amount during the storm is two to four inches, with potentially higher amounts if any rain bands set up. There is also the potential for localized flooding rain and tornadoes. These potential impacts are forecasted to occur from Thursday night through Saturday, officials said.