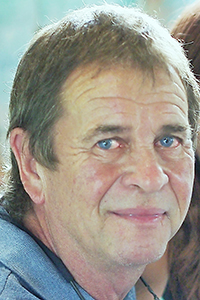 Mr. James E. Hyman passed away Tuesday morning, Sept. 29, 2020, at his home in Talisheek. James enjoyed being outdoors, and he was a gardening and fishing enthusiast. Wood working and carpentry were life-long passions; he frequently built cabinets and shelves for his family. During his life, he enjoyed the revelry of Mardi Gras and the time spent with his family during the parades. He had a fondness for multi-colored lights on the Christmas tree, which led to some debates with his children. When James could be caught inside, he enjoyed old Western movies and movies based on major historical battles, set in any time period. James adored his only grandchild Nadia Ann Olessya Gummere; she called him “Grandfather” at James’s request because he did not want to be an old grandpa.

James is survived by his loving wife of 42 years, Mrs. Patricia Brewer Hyman of Talisheek; one son, Owen James Hyman of Water Valley, Miss.; and two daughters, Charitie Victoria Hyman of New Orleans, and Frances Gail Gummere and her husband Daniel S. Gummere of Abita Springs. He is also survived by one sister, Judith M. Gohr of Houston, Texas, and one granddaughter, the apple of his eye, Nadia Ann Olessya Gummere of Abita Springs.

He was preceded in death by his parents, Lloyd William Hyman and Edith Mildred Johnson Hyman; and his twin brother, Thomas Lloyd Hyman.

Officiating the services was the Rev. Jeff Sims.

Arrangements were entrusted to Brown McGehee Funeral Home of Bogalusa.