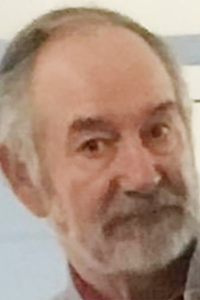 William E. Knight III, 70, went to his Heavenly Home on Friday, Sept. 18, 2020, at his home surrounded by his beloved family. W.E. was born on Oct. 10, 1949, at McGehee’s Clinic in Franklinton. He graduated from Franklinton High School in 1967, where he played for the Demons baseball team, winning back-to-back State Championships. He then played for Southeastern Louisiana University as a pitcher, where he threw 17 complete games during his four successful years. W.E. loved baseball and passed that love on to his sons and countless other boys that he coached and umpired for many years in Little League and American Legion. He retired as a supervisor after 33 years of service in the Environmental Health Services Department of the Washington Parish Health Unit. He was a lifelong member of First Baptist Church of Franklinton, where he served as a deacon for many years, worked with young men in the Royal Ambassadors program, and for the last several years was the “Candy Man” to all the children and families that he greeted each Sunday. W.E. was a wonderful husband, father, brother and Poppa. He most enjoyed the time he spent with his sons coaching them in baseball and making precious memories in the outdoors hunting, fishing, golfing and providing expert supervision in the garden. All the great stories and memories shared with his sons as they traveled on hunting trips around the country will never grow old and last a lifetime. The last five years have been filled with cherished memories spent with his young grandchildren.

He was preceded in death by his father, William E. “Bill” Knight Jr.; mother and step-father, Earline Jones Knight Fisher and D.C. Fisher; several aunts and uncles and other family members.

Visitation was at First Baptist Church of Franklinton (903 Cleveland St. in Franklinton) on Sunday, Sept. 20, from 2 p.m. until 4 p.m. A Celebration of Life service was held in the church at 4 p.m. Sunday, Sept. 20, with Dr. Cody Warren and Rev. Randall Garcia officiating.

In lieu of flowers, the family requests memorial donations to the First Baptist Church Building Fund (950 Self St., Franklinton, LA 70438).