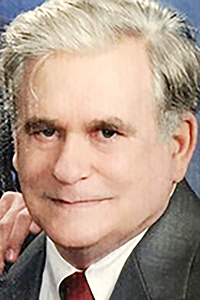 Steven Black Simmons passed away peacefully at his residence, surrounded by his loving family on Wednesday, Sept. 16, 2020, at the age of 69. He was born in Bogalusa on Sept. 6, 1951, to James I. Simmons Sr. (Jack) and Margaret Leontine Black Simmons. Steven was the fifth of seven siblings.

Steven was preceded in death by both his parents and two sisters, Margaret Ellen Simmons of Cocoa, Fla., and Mary Leontine “Teeny” Simmons of Baton Rouge.

Steven was a graduate of Bogalusa High School’s class of 1970, and immediately following graduation he joined the U.S. Army National Guard Engineering 205th Battalion, from which he received an Honorable Discharge. He also during that time furthered his education at Southeastern Louisiana University in Business. He then returned to Bogalusa to manage the family business Bogalusa Concrete/ Lakeview Sand and Gravel that was started by his father in the 1950s. Years later, Steven co-founded several other companies throughout his professional career with his wife and children expanding into construction services, industrial aggregates, and freight logistics molding them into the leaders they have become today. With his children at the helm of the family businesses, operating by the same honor and virtue Steven so much adorned, those companies successfully perform service across the Southern United States leaving every completed project relationship built on respect, trust, and dedication.

Steven was a long-standing member of Ben’s Ford Baptist Church in Bogalusa, where the service celebrating his blessed life will be held on Saturday, Sept. 26. Visitation will begin at 11 a.m. and continue until funeral services begin at 3 p.m. Military graveside rites will be presented by Magic City American Legion Post #24.