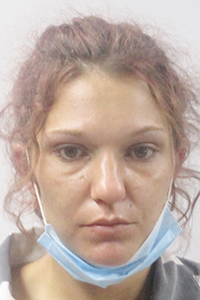 A Mississippi woman was arrested for illegal drug possession Wednesday, according to Chief Deputy Mike Haley of the Washington Parish Sheriff’s Office.

Haley said that WPSO Deputy Randall Garcia was dispatched to a church northeast of Franklinton to investigate a report of a suspicious woman at the front door of the church. Arriving at the scene, Garcia encountered Brittany Nicole Granier, 30, a resident of Petal, Miss. Granier was holding a puppy and two bags, Haley said.

After obtaining verbal consent to search the bags, Garcia reportedly discovered a quantity of methamphetamine and cocaine, along with drug paraphernalia and prescription drugs for which she had no prescription. Granier gave a false name until after she had been transported to jail, at which time she revealed her actual name, Haley said.

“Good job, Deputy Garcia,” Washington Parish Sheriff Randy Seal said. “It seems obvious this young lady has some serious quality-of-life issues and I certainly hope she can get her life turned in the right direction.”