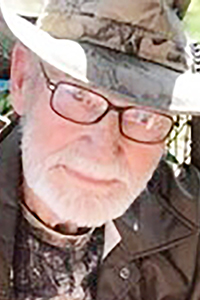 He was preceded in death by his wife, Donna Lynn Phelps; his parents, Howard and Guyzelle Phelps; his brothers, Howard Eugene Phelps, Edward James Phelps and David Louis Phelps; and his sister, Dorothy Mary Lou McGehee.

Services celebrating his life will be held at Poole-Ritchie Funeral Home and Crematory on Monday, Sept. 14. Visitation will begin at 2 p.m. and continue until the funeral service begins at 4 p.m. The Rev. Adrian Littlefield will officiate.