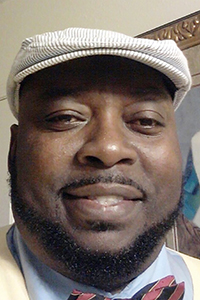 Ryan F. Jefferson I made his earthly transition into his eternal home on Saturday, Sept. 5, 2020, at home with his wife. He entered into the world on Aug. 20, 1966, to the late Thomas H. Jefferson Jr. and Joannie L. Jefferson.

Ryan graduated from Varnado High School in 1984 and later matriculated to Grambling State University, where he played trumpet in the World Famed Tiger Marching Band. Black and Gold also represented the colors of his favorite football team, the New Orleans Saints.

A drive-thru viewing will be held on Friday, Sept. 11, from 2 p.m. until 6 p.m. at Crain and Sons Funeral Home of Bogalusa.

A funeral service will be held on Saturday, Sept. 12, at 11 a.m. at Crain and Sons Funeral Home, 809 E. 3rd St. in Bogalusa, with the Rev. Terrance August officiating.