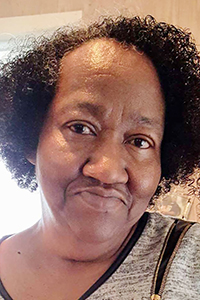 Earnestine James Davis was born on March 12, 1956, to Lena Robinson Dunn and Earnest Brown. She transitioned from her heavenly home on Monday, Aug. 31, 2020, at her daughter’s home in Angie.

She accepted Christ at an early age at Mt. Zion Missionary Baptist Church, under the leadership of the late Dr. Alfonso Neslon Sr. She was a faithful member in the church.

A drive-thru viewing will be held on Wednesday, Sept. 9, at Crain and Sons Funeral Home in Bogalusa from 2 p.m. until 6 p.m.

A funeral service will be held on Thursday, Sept. 10, at Crain and Sons Funeral Home in Bogalusa with Deacon Derrick Peters, eulogist, and the Rev. Aljuan Dausha Spikes officiating. Interment will be in Robinson Cemetery in Angie.