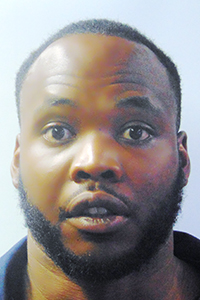 Haley said that Derrick Dewayne Gibson Jr., 28, was arrested by the Washington Parish Sheriff’s Office on Monday and placed in the jail, where he remained without bond pending a mandatory appearance before a 22nd Judicial Court Judge. Gibson, a resident of March Robinson Road, was arrested by Sgt. Jay Dupre and Sgt. David Cupp.

“Responding to a 911 call, the officers encountered Gibson who had active warrants,” Haley said. “An investigation of the situation led to Gibson being arrested on other charges, in addition to the outstanding warrants.”

He was placed in jail in 2017 by the 22nd Judicial Court for matters related to previous arrests. Three months later, he was arrested again for possession of illegal drugs and introduction of contraband into the jail. Gibson’s 2018 arrest was for domestic abuse battery, failure to appear in court and traffic offenses. Another domestic abuse battery arrest occurred in 2019, followed by a second arrest later that year for failure to appear in court.

“Ten arrests in less than 10 years is difficult for honest citizens to comprehend,” Washington Parish Sheriff Randy Seal said. “It’s always good to get a career criminal out of our community, and I applaud Sgt. Dupre and Sgt. Cupp for their good work in this matter. It’s obvious they saved an innocent woman and child from harm.”