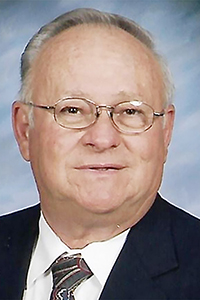 Troy Leonard Ginn, 80, a resident of Enon, passed away Monday, Aug. 24, 2020, at Riverside Medical Center with his loving wife Charlotte by his side. He was a 1958 graduate of Enon High School and later received his Bachelor’s Degree and Masters +30 in Education from Southeastern Louisiana University. He began his teaching career at Enon High School and retired from Franklinton High School, where he taught Civics, Social Studies and was involved with the 4-H program.

Troy faithfully served the Lord and ministered to his community at Enon Baptist Church where he was an active deacon for 52 years, a Sunday School teacher, and a member of the gospel group The Joy Singers. Troy enjoyed vacationing with his wife at the cabin he and family members built in Tennessee, camping, woodworking, raising cattle, playing his dulcimer, cracking corny jokes, and supporting his sons and grandchildren at their numerous games, recitals, and events.

He is survived by his wife of 57 years, Charlotte Wood Ginn of Enon; sons and daughters-in-law, Randall Ginn of Enon and Christine Ginn of Covington, and

He was preceded in death by his parents, Linard Ginn and Carrie Fussell Ginn; and father-in-law and mother-in-law, Cyril Wood and Delta Mae Jones Wood.

In lieu of flowers, the family prefers memorial donations to the Enon Baptist Church Building and Grounds Fund, Renovation Fund, or Beautification Fund at the address listed above.