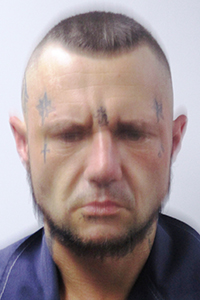 A Washington Parish man with outstanding warrants was arrested Wednesday, after a sheriff’s deputy saw him riding a lawnmower down the highway, according to Chief Deputy Mike Haley of the Washington Parish Sheriff’s Office.

Haley said that WPSO Patrol Deputy Kyle Stogner observed a man Wednesday, as he was driving a lawnmower westbound on Louisiana Highway 436 near Highland Baptist Church. Stogner recognized the driver as Justin Ryan Owens, 30, who had outstanding warrants from the 22nd Judicial District Court, Haley said.

Owens was arrested for violating parole, contempt of court, aggravated assault and battery with injury. He was transported to the Washington Parish Jail.

Haley said that Owens has been arrested at least 11 previous times since 2008 when he was booked into the jail on charges of domestic abuse, cruelty to juveniles and criminal damage to property. In 2009, he was arrested on two counts of assault, escape from custody, violation of a protective order and violating probation. A 2011 arrest was for theft and a later 2011 arrest was for automobile theft.

In 2013, Owens was arrested for three counts of burglary of an inhabited dwelling, theft and failure to appear in court. Then, in 2015, he had two separate arrests for theft, followed by a later arrest for aggravated burglary, theft of a firearm and possession of marijuana. A 2018 arrest was for theft and a 2019 arrest was for driving while intoxicated and careless operation of a vehicle.

“He started his criminal career early in life and has continued through the years,” Washington Parish Sheriff Randy Seal said. “Is it possible for him to turn his life around? Of course it’s possible, but it will require a complete reversal of his mindset. It’s his choice. I’m pulling for him in that regard and I know you are also.”