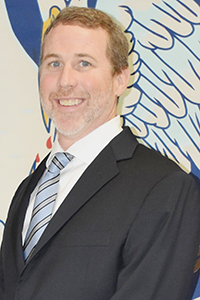 Officials with the Louisiana Department of Corrections (DOC) announced Friday afternoon that the DOC has promoted corrections veterans to lead two of Louisiana’s state-run prisons.

“Dusty and Marcus are proven leaders,” said Secretary Jimmy Le Blanc, Louisiana Department of Public Safety and Corrections. “I am confident they will take these two prisons to the next level and continue the state’s criminal justice reforms to ready our inmates for a successful transition back to the community.”

Gov. John Bel Edwards appointed Bickham as Interim Deputy Secretary for the Louisiana Office of Juvenile Justice in March. Prior to that appointment, he served as Deputy Warden at Dixon Correctional Institute for just over four years, beginning in December of 2015.

He has worked for the DOC for approximately 18 years, beginning in 1994 as a Corrections Cadet. He left the Department in August of 2003 to earn his law degree, and worked in the law field, before returning full time to corrections in 2012. Bickham replaces former Rayburn Warden Robert Tanner, who retired earlier this summer.

“I am humbled, and am grateful for the confidence Secretary Le Blanc has in me to lead Rayburn,” Bickham said. “I am excited about this opportunity, and dedicated to building a relationship with my staff to successfully carry out the mission and goals of this department, which include public safety and rehabilitation.”