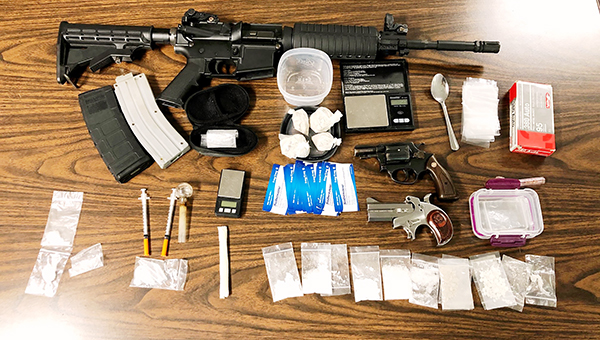 An ongoing investigation by both the Washington Parish Sheriff’s Office and the Louisiana State Police culminated on Thursday, Aug. 13, when a search warrant was served at a residence located at 1201 Oak Ave. in Bogalusa.

“Narcotics officers from both agencies, assisted by officers from the Bogalusa Police Department and WPSO detectives and patrol deputies, made a forced entry into the residence after the resident slammed the door in their face,” WPSO Chief Deputy Mike Haley said. “Once inside, the officers encountered Kekouya Dakonya Jackson, 40, who was holding a small caliber pistol that he immediately threw onto a nearby sofa before he was taken into custody.

“During the search of the residence, officers discovered two additional weapons, plus a large quantity of heroin, methamphetamine and Suboxone, some of which was packaged for sale. The narcotics and weapons were seized and Jackson was arrested and transported to the Washington Parish Jail.” 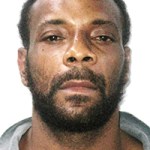 Jackson has been in the Washington Parish Jail on at least three previous occasions, according to Haley.

In June of 2012, Jackson was once again arrested and placed in the Washington Parish Jail charged with two counts of resisting an officer with force or violence, resisting arrest, a felony count of failure to appear in court and having an outstanding warrant issued by the BPD. After serving more than a month in jail, he was transferred to the BPD after posting a $22,613 bond.

In September of 2012, he was jailed a third time on charges of aggravated kidnapping, forcible rape, two misdemeanor counts of failure to appear in court, one felony count of failure to appear in court, possession of contraband and battery of a corrections officer. He remained in jail for more than a year before being transferred to the custody of the Louisiana Department of Corrections.

“Mr. Jackson’s criminal record gives us some insight into his mindset,” Washington Parish Sheriff Randy Seal said. “I imagine he will be experiencing another prison sentence on the very serious current charges. Hopefully, his drug-dealing days are over.

“I appreciate the assistance of the Louisiana State Police in this investigation and arrest as well as the Bogalusa Police Department which provided on-site assistance during the arrest. Each of these agencies is a valuable ally to us as we work daily to protect the citizens of Washington Parish.”