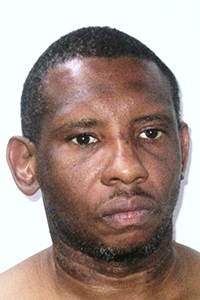 An Angie man was arrested Tuesday after allegedly lying about another man holding the suspect’s wife and child at gunpoint, according to Chief Deputy Mike Haley of the Washington Parish Sheriff’s office.

Haley said that Talage Wayne Ratliff, 38, a resident of Wilbur Dillon Road near Angie, called the WPSO on Tuesday and reported that his wife and child were being held against their will and at gunpoint at another location. Deputies, detectives and narcotics officers rushed to the scene and while en route notified both the Rayburn Correctional Center canine team and Northshore EMS of the situation and asked them to respond also, Haley said.

“When officers arrived at the scene of the alleged crime, they encountered numerous people at the residence who were engaged in normal activities,” Haley said. “The man who was alleged to have committed the crime was working on a dirt bike under the carport. There was no evidence of a crime in process and all persons present stated that the described situation never occurred.”

Haley said that officers then left the location and went to Ratliff’s residence. When confronted with the situation, Ratliff confessed that he was the person who reported the alleged crime and that he did so because he does not like the other man because of his relationship with Ratliff’s ex-wife, Haley said.

Ratliff then was arrested and transported to the Washington Parish Jail and booked on charges of terrorizing and criminal mischief. His bond was set at $10,000.

Haley said that Ratliff is very familiar with the inside of the jail, having been arrested at least four previous times since 2013. Prior charges include first-degree rape, false imprisonment, distribution of illegal drugs, attempted robbery, battery of the infirmed, theft, possession of stolen property and failure to appear in court.

“This could have evolved into a serious situation,” Washington Parish Sheriff Randy Seal said. “All of our officers, as well as RCC officers and Northshore personnel, were at risk as they sped to the scene, believing that two persons might be in imminent danger. It is irresponsible and reckless for any person to falsely report a serious crime.

“Our officers are heroes. Each time they respond to a call, they unselfishly put their lives on the line. I appreciate all they do and am grateful to both RCC and Northshore for their willingness to assist any time we reach out to them.”