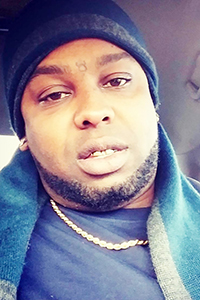 Marcus was a 2003 Bogalusa High School graduate. He was a sandblaster at Turner Industry. He loved drawing and listening to music.

Funeral services will be held Saturday, Aug. 22, at 1 p.m. at Crain and Sons Funeral Home, with the Rev. Stanley Nathaniel officiating.