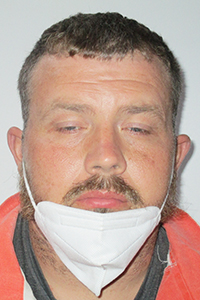 Trent Anthony Crain, 33, a resident of Cullen Tullos Road, was arrested for the third time this year for domestic abuse, according to Chief Deputy Mike Haley of the Washington Parish Sheriff’s Office.

Following the first arrest on May 28 and another on July 7, Crain was arrested for a third time on Sunday.

Following his arrest by WPSO Sgt. Michael Thomas and Deputy Randall Garcia, Crain was booked into the Washington Parish Jail on charges of domestic abuse battery with strangulation, four counts of domestic abuse child endangerment and criminal damage to property.

In May, Crain was charged with cruelty to a juvenile and three counts of battery, Haley said. His July arrest resulted in charges of domestic abuse battery and criminal damage to property. He was released the same day of each arrest after posting bond. On the current charges, he must appear before a judge before he is eligible for release, Haley said.

“Our job is to arrest criminal violators and that is what we did in this case,” Washington Parish Sheriff Randy Seal said. “We don’t set bonds and we don’t prosecute. I certainly hope the sordid record Mr. Crain has established this year will go a long way in persuading prosecutors to grant him the justice he has earned for himself.

“As a father and grandfather, I have little sympathy for men who abuse women and children. If his abusive behavior continues, I fear someone will be seriously injured.”