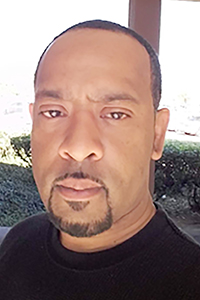 On June 5, 1980, Noel Peter Watts Jr., the eldest child of Noel Watts Sr. and Glenda Fleming Watts, was born in Bogalusa. Better known to friends and family as “P.J.,” he touched the lives of many throughout his life. Noel lived in New Orleans East for most of his life, while spending some time in Franklinton with his grandparents.

He attended school at Sarah T. Reed Senior High School in New Orleans. Noel later moved to Houston, Texas. He attended welding school and worked in construction. He recently relocated to Tucson, Ariz., to be near his mother and other family until his untimely death.

A graveside service will be held Saturday, Aug. 15, at 10 a.m. at Martin Cemetery in Franklinton. Crain and Sons Funeral Home of Franklinton are in charge of arrangements. Sign the guestbook online at www.crainandsons.com.