Jail staff seizes contraband that was thrown over fence 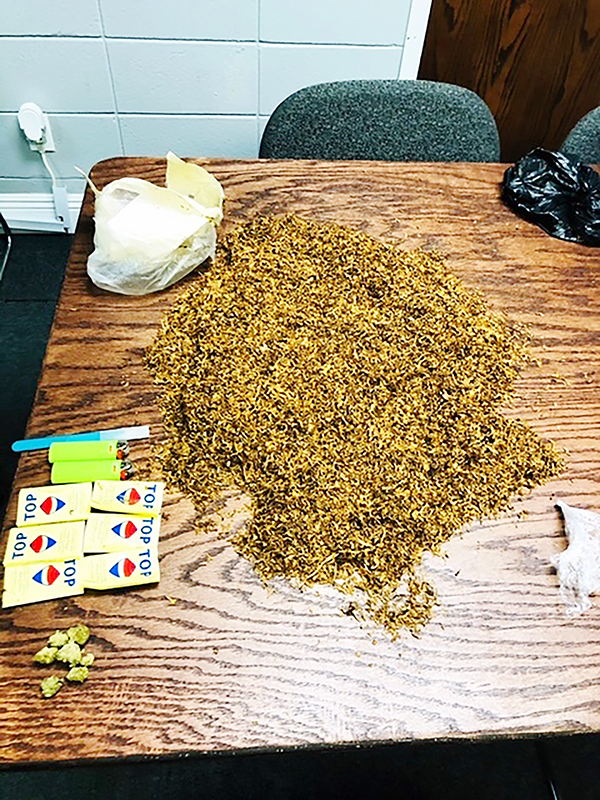 Shown are some of the contraband items that were seized by parish jail staff recently.

Washington Parish Sheriff’s Office Corrections Sgt. Barry Cooper and Corrections Deputy Kole Brumfield recently discovered and seized a significant amount of contraband that had been thrown over the jail fence on July 31 and Aug. 9, according to WPSO Chief Deputy Mike Haley.

Through the use of jail video and other surveillance tools, the officers seized loose tobacco, cigarettes, cigars, rolling papers, marijuana, synthetic marijuana, a knife, a cell phone and a bottle of vodka, Haley said.

The identity of the person or persons who threw the contraband over the fence has not yet been determined. Video surveillance, however, clearly showed the contraband inside the jail fence before it could be obtained by any inmate, Haley said.

“I am so grateful for all they do in the performance of their duties. Any person who is identified as introducing contraband into the jail may be assured we will arrest them and introduce them to jail life as a Washington Parish inmate.” 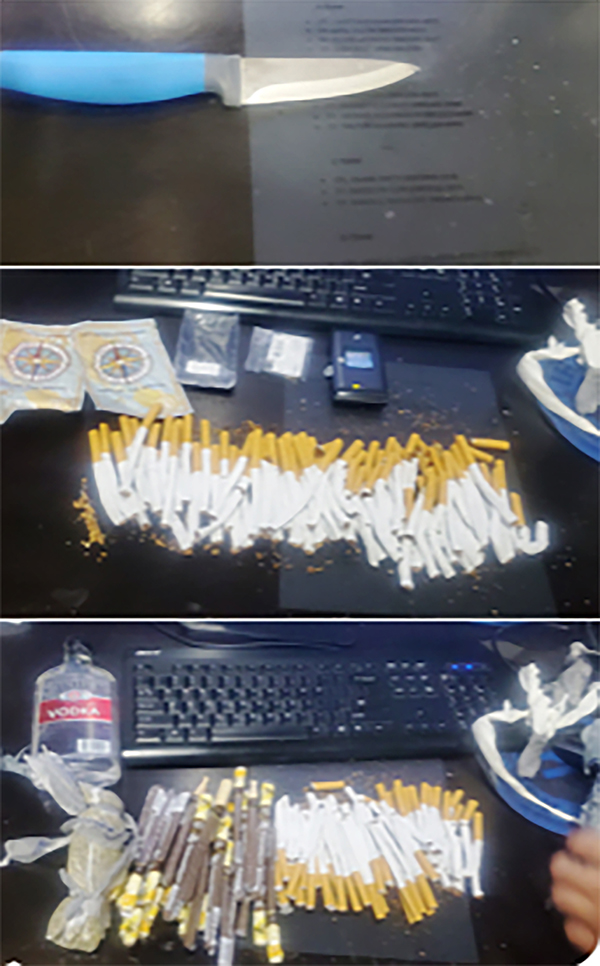 Shown are other contraband items retrieved by parish jail staff.