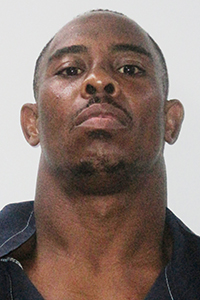 Magee is being held in the Washington Parish Jail with his bond set at $501,500, plus a detainer from Louisiana Probation and Parole, which renders him unable to be released on bond.

Magee, who recently moved to Tylertown after serving a 12-year sentence with the Louisiana Department of Corrections, went to a home in the Hackley community and tried to gain entrance, Haley said.

“The female resident would not allow him to enter the home and told him to leave the property,” he said. “Instead of leaving, Magee fired shots from a .45-caliber handgun into the walls of the home, with one of the bullets wounding the resident. Magee then tried unsuccessfully to make forced entry into the home through a window.”

After identifying the shooter, WPSO detectives began a search for Magee and located him Tuesday, at which time he was jailed, Haley said.

Magee was charged with attempted murder, home invasion, being a convicted felon in possession of a firearm, issuing worthless checks, theft and three counts of failure to appear in court. Although this is Magee’s first stay in the Washington Parish Jail, he has a criminal record of offenses including murder and armed robbery, Haley said.

“I am so grateful this young lady was not killed and am pleased to learn she has returned home after being released from the hospital,” Seal said. “I am equally pleased that Magee has been located, arrested and given a new home inside the Washington Parish Jail. I compliment all of our officers for their hard work in this matter.”