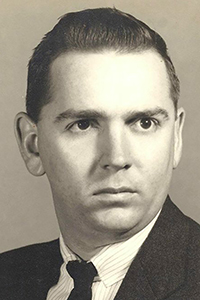 Long time resident of Washington Parish, Joseph Cobb, passed away on July 20, 2020, in his home in Lumberton, Texas.

Joseph recently moved from his home in Angie in April to be close to family. He was born to Lula Cobb in Sparkman, Ark., in 1942. He is a former Corporal in the U.S. Army. He moved to Bogalusa with his mother and his sister, Louise Thomas, after discharge. There he worked for the City of Bogalusa as the city clerk for a time. He met the love of his life, Beatrice Rogers, and married in 1964. He became self-employed, and then he moved to Angie. He coached Angie little league football and volunteered for Varnado High School football boosters to where he filmed the games. He enjoyed playing basketball with all of the guys. He loved to fish and watch sports.

Joseph is preceded in death by his mother, Lula Cobb; and his sister, Louise Thomas.

In lieu of flowers, please donate to the Wounded Warrior Project.