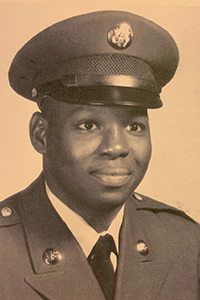 Deacon Dr. Rodney Robertson Sr. was born Aug. 28, 1947 in Bogalusa, to the late Andrew Charles “A.C.” and Gladys “Lil Babe” Robertson. He transitioned from this life into the next on Thursday, July 23, 2020, peacefully at his home with family.

Deacon Robertson grew up in St. Paul African Methodist Episcopal Church in Bogalusa, where he was Trustee. Later, he joined the Bethlehem Baptist Church, where he became a Deacon and served there for 26 years. Deacon Robertson was truly a servant of the Lord; besides fishing, and coaching Little League, he loved helping and feeding his children, grandchildren, other people, and pets. He was a 1967 Central Memorial High School graduate. He also achieved his Bachelor degree from Southeastern Louisiana Bible College of Slidell, and a Master and Doctor of Theology. Rodney was a retired U.S. Army Staff Sergeant with 17 years of military service as an Ammunition Specialist. During his service in the military, with numerous injuries, he did four tours of duty in Vietnam, two tours in Korea, and one tour in Saigon with Purple Heart. Additionally, during the Civil Rights Movement in Bogalusa, Rodney Robertson was a member of the Deacons of Defense, and a vital part of integrating the “ACME Café” in the fall of 1964, which resulted in him being subpoenaed to testify against the Knights of the KKK, along with four other black men, in the United States District Court in New Orleans in 1965.

A Dismissal Service is scheduled for Saturday, July 25, at 3 p.m. with the Rev. Christopher Matthews officiating.