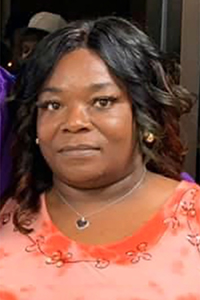 She attended Bogalusa High School. She graduated with the class of 1994. Komeka worked at Maximus Federal as a CSR.

She was preceded in death by her mother, Carolyn Ann Watterson; father Freddie B. Peters; and Roy Lee Tillman.

Drive-thru viewing will be on Friday, July 24, at Crain and Sons Funeral Home in Bogalusa from 3 p.m. until 6 p.m. The funeral service will be Saturday, July 25, at 1 p.m. at the funeral home with Pastor Edward Sartin, officiating. Interment will be in the Bogalusa Cemetery.