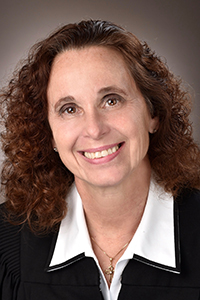 A tax rededication passed in the city of Bogalusa, and Elizabeth “Beth” Wolfe won the race for Judge, Court of Appeal, First Circuit, Third District, Division D, according to unofficial election results announced Saturday by the Louisiana Secretary of State’s Office.

In Bogalusa, voters overwhelmingly supported a measure that rededicated a 1/4-percent of an existing sales tax, to be used toward pension payments. A total of 614 voters, or 63 percent, voted in favor.

In the Court of Appeal race, Wolfe defeated Richard A. “Rick” Swartz in the battle to fill a position left open when Bogalusa native Will Crain was elected to the State Supreme Court.

Seven parishes are in Division D, including Washington Parish. Among all voters in the division, Wolfe won the election with 55 percent (40,762 votes) to Swartz’ 45 percent (32,964 votes).

Saturday’s election was also the presidential preference primary. Although both major political parties have presumptive nominees, each party had additional choices on the ballot as well. There were 14 choices for the Democratic Party, and five for the Republican Party.

Turnout across Division D was estimated at 18.4 percent.

Saturday’s election had previously been scheduled for April 4, but was delayed due to the COVID-19 pandemic.

For more information on elections, visit the Secretary of State’s Office online at www.sos.la.gov.