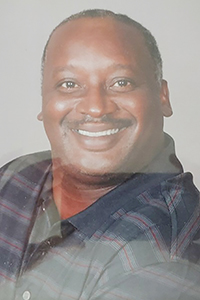 Mr. Paul Anthony Greely was born April 15, 1962, to Mrs. Mary Lee Thompson Greely and the late Mr. William Porter Greely Sr. and he departed from his earthly house to his home in glory at the age of 58 on Monday, July 6, 2020, in New Orleans.

The memorial service will be held Monday, July 13, at the chapel of Crain and Sons Funeral Home in Bogalusa at 1 p.m., with Dr. Rev. Sidney Jones, pastor, officiating.