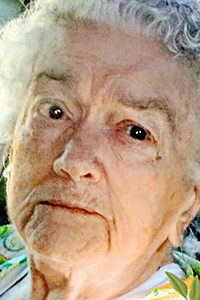 She was born on Aug. 27, 1919, in the Stateline community and was a member of Pine Missionary Baptist Church. Inez was also a member of the Pine Chapter #226 Order of the Eastern Star. She was a longtime beautician and, alongside her husband, built and operated the Pine Malt Stand for many years. Inez enjoyed sewing and cooking for her family and friends. She loved shopping as often as she could and tending to her flower garden. Inez always loved spending quality time with her family, grandchildren and great-grandchildren.

Visitation was at Crain Funeral Home on Tuesday, July 7, from 10 a.m. until noon. A funeral service was held in the funeral home chapel at noon Tuesday, July 7, with Eld. Richard Magee officiating. Burial will follow in the Pine Community Cemetery.

Obituaries can be viewed at www.crainfh.com.