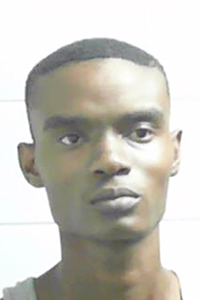 A Bogalusa man was arrested recently in connection with a shooting that left a female victim injured, according to Capt. David Miller of the Bogalusa Police Department.

Miller said that an investigation began into a shooting that occurred on St. Louis Street on the night of June 21, where a female victim was shot and sustained serious injuries. Those injuries required her to be air lifted to an out-of-town hospital for emergency medical treatment.

Miller said that BPD detectives arrested Michael Kevin Barnes and charged him with attempted second-degree murder and illegal use of dangerous weapons. Detectives acted swiftly to identify the perpetrator in the shooting, and sought and obtained warrants for his arrest, Miller said.

Barnes was apprehended in St. Tammany Parish, and transferred back to the BPD, where he was booked on the active warrants for his arrest.

Miller said that the victim of the shooting sustained very serious injuries that required multiple surgeries, but she will recover from her injuries. The motive for the shooting is unknown at this time.