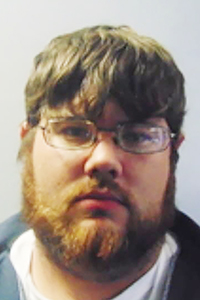 On Tuesday, June 23, officers with the Franklinton Police Department were notified of a reckless driver entering the town limits.

Officers attempted to make a traffic stop. However, the driver of the vehicle, Zachary Scott Davis, 29, fled in his vehicle at a high rate of speed.

Officers were able to identify Davis and a warrant was subsequently issued for his arrest.

On Monday, FPD officers and Washington Parish Sheriff’s Office deputies located Davis at a residence on Joby Magee Road. Davis was taken into custody and at the time of arrest was found to be in possession of drug paraphernalia.

Davis was booked into the Washington Parish Jail as a fugitive on a warrant of aggravated flight from an officer, and additionally charged with possession of drug paraphernalia.

Franklinton Police Chief Justin Brown expressed his gratitude to the WPSO for their assistance and to the work by FPD officers.

“Zackary Davis not only put his own life at risk but also that of our residents by his careless and dangerous driving behavior,” Brown said. “Combined with his drug arrest, Davis has displayed a complete disregard for public safety; hopefully his time in the parish jail can change that.”