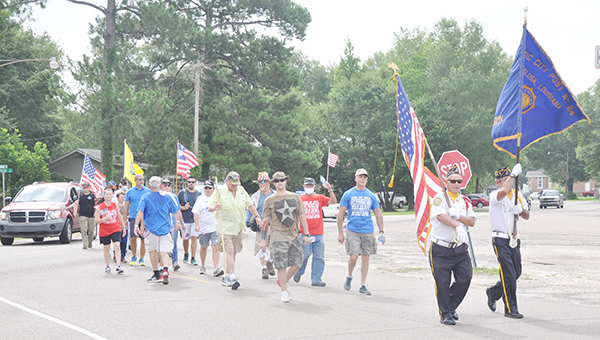 For the past 80 years, the American Legion Post 24 has held a Fourth of July parade to celebrate the nation’s birthday and the city of Bogalusa’s founding day.

However, COVID-19 forced the post to cancel the parade this year. Instead, the post held a patriotic march from the post headquarters to Bogalusa City Hall on Wednesday.

The annual fireworks show will still be held at its usual time, at dusk on Saturday, July 4. Fireworks will be shot from an area close to the International Paper plant.