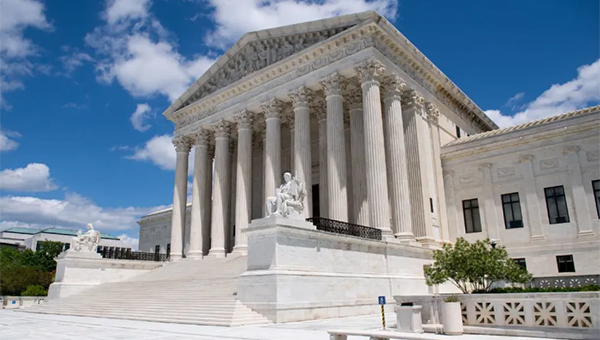 “Today, the Supreme Court continued its heartbreaking line of decisions that places ‘access’ to abortion above the health and safety of women and girls,” he said. “By putting precedent over patients, Justice Roberts gave his vote to a decision that ignored the overwhelming bipartisan support of Act 620 and the extensive record of Louisiana abortion providers’ history of medical malpractice, disciplinary actions, and violations of health and safety standards.

“It is deeply disappointing that the Chief Justice continues a pattern of inconsistent and groundless decisions. In his misguided effort to convince the public that the Supreme Court is not political, Justice Roberts shows how political it actually is. Just four years ago, he joined the dissenters in Hellerstedt, which struck down Texas’s law; today, the Chief Justice openly acknowledges that case was wrong but then applies it anyway. He picks and choses from a stare decisis “buffet” to avoid admitting his court is fallible. This is not justice — this is judge-made law at its worst.”
Landry continued.
“Continuing to perpetuate judge-made rules that have no constitutional basis is bad for our country. It is this egregiously wrong practice that maintained decisions like Plessy, Dred Scott, and Korematsu for so long,” he said. “And it reveals how far removed the Supreme Court’s abortion jurisprudence has become from the rules that apply to all other litigants. We are past due for a course correction.

“When laws are passed with nearly unanimous bipartisan support by the elected representatives of a state and with undisputed proof of dangerous conditions and substandard abortion providers, but they cannot survive judicial review — something is drastically wrong with the court’s case law on this subject.

“I will continue to pray for all women and girls who will be exposed to the incompetent abortionists that put profits over people; and I will keep doing all that I legally can to protect the unborn, their mothers, and all Louisiana women.”

Act 620 attempted to align abortion providers with other professional and regulatory licensing laws in Louisiana. The law required that abortion providers must be able to admit patients to a nearby hospital, in the event of complications. It passed the Louisiana Legislature in 2014 by an 88-5 vote in the House of Representatives and a 34-3 vote in the Senate. Act 620 was previously upheld by the U.S. Court of Appeals for the Fifth Circuit.

Landry was not the only Louisiana official to express disappointment with the court’s decision. Gov. John Bel Edwards and both of Louisiana’s U.S. senators were also against the ruling.

“Throughout my career and life as a pro-life Catholic, I have advocated for the protection, dignity and sanctity of life and will continue to do so,” Edwards said. “While I voted for the law in question and am disappointed, I respect the U.S. Supreme Court’s decision and trust that Louisiana and our nation will continue to move forward.”

“Louisianians and Americans understand that every life is valuable, whether it’s 82 years old or 82 seconds old. It’s disappointing to see the Supreme Court add to the misguided legacy of Roe v. Wade by striking down a Louisiana law that fundamentally protects women,” he said.

“States should be able to put basic health and safety laws in place to safeguard people from the deficient care that abortion clinics too often offer them. We can’t deny our responsibility to protect all lives, no matter how loudly the abortion industry insists that baseline standards of medical care don’t apply to them.

“I have always been proud of Louisianians’ steadfast commitment to protecting life. Unborn babies are the most innocent and defenseless people in our communities, and I’ll keep fighting for the life and health of every person, including vulnerable women and children.”

“Women who use a clinic without hospital admitting privileges are in danger of complications and death should the procedure go badly,” he said. “The Supreme Court ensured this danger remains.”