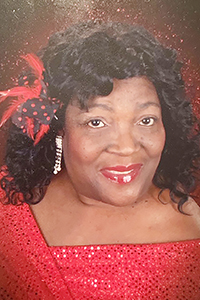 She was born Jan. 27, 1956, to the late O.C and Lillie Mae Morris of Varnado. She graduated from Varnado High School and was a lifelong member of New Zion Missionary Baptist Church until her health began to fail.

Claudette was loving and concerned about the welfare of others, she had a magnetic personality, she always wore a smile and never met a stranger. She was united in holy matrimony to the late Mr. Jessie Johnson.

A funeral service was held Thursday, June 18, at the Cook-Richmond Funeral Home in Bogalusa.

Cook-Richmond Funeral Home was in charge of arrangements.