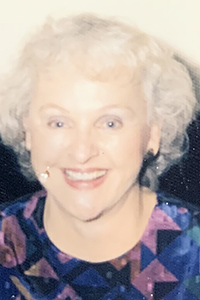 Nelda Sheridan, 88, passed away Saturday, June 20, 2020, at The Woodleigh of Baton Rouge. Nelda had beaten COVID-19, but her body was left so frail that she was unable to regain her health. She was a member of Superior Avenue Baptist Church in Bogalusa. Nelda enjoyed cooking, sewing, flowers and butterflies. Bowling was her passion at Magic City Bowl in Bogalusa, and many fun tournaments. She bowled many games with the Road Runner Team. Nelda was awarded with 200, 225, 250, 500, 525, 550, 575 and 600 scores from the Bogalusa WBA. She and all the bowlers were saddened by the closing of “The Magic City” lanes.

There will be a graveside service at Hillview Memorial Gardens on Spring Valley Road in Bogalusa, at a later date. Sign the online guestbook at www.sealefuneral.com.