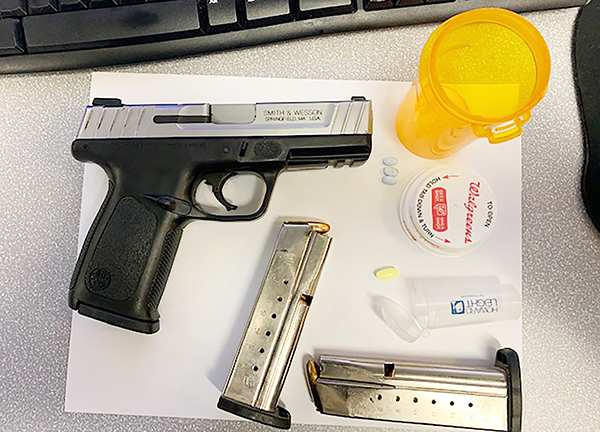 Deputies seized drugs and weapons from the suspect's vehicle.

A Metairie man was arrested on drug and weapon charges after a recent traffic stop, according to Chief Deputy Mike Haley of the Washington Parish Sheriff’s Office.

On Friday, WPSO Det. Raymond Myers was traveling on Louisiana Highway 439 near Ben’s Ford Road when he observed a vehicle being driven in a careless manner, Haley said. 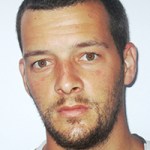 The vehicle reportedly crossed over the center line in front of an approaching vehicle, then swerved back into its own lane and onto the shoulder of the highway, then once again crossed the center line, coming close to a resident who was standing near the roadway checking his mailbox.

Haley said that Myers stopped the vehicle and encountered the driver, identified as Chase Michael Marrero, 28, a resident of Henry Landry Lane in Metairie. Myers reportedly observed a knife protruding from Marrero’s pocket and patted him down for officer safety.

As the knife was removed from his pocket, Marrero reportedly said that he had a pistol in the vehicle. Myers received verbal consent to search the vehicle and discovered a 9 mm semi-automatic pistol, two extra magazines and a quantity of narcotic pills, Haley said.

“This is another great example of the importance of criminal patrol throughout our parish,” Washington Parish Sheriff Randy Seal said. “Good job, Det. Myers. Not only did you remove a careless driver from our community, but also you removed a weapon, ammunition and illegal drugs. I appreciate all you do for the citizens of Washington Parish.”