BPD: Man may have helped dispose of murder victim’s body 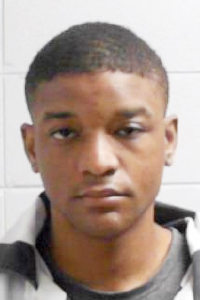 Bogalusa Police Department officers arrested a man Friday that they believe may have played a role in the recent murder of Dominique James, according to BPD Captain David Miller.

“On Friday, June 19, after an extensive investigation into the disappearance and murder of Dominique James that took place on May 2, detectives with the Bogalusa Police Department arrested and charged Derek Moss Jr.,” Miller said.

Moss was charged with felony obstruction of justice and being in possession of a firearm by a convicted felon.

Miller said that it was determined, through GPS location data, cell phone text messaging, and multiple interviews, that Moss was in the area where the body of James was found on the day he was murdered. Miller noted that forensic analysis of cell tower information confirmed that Moss traveled from Bogalusa to the area west of Bogalusa, where James’ body was disposed of, remained there for approximately 17 minutes, and then immediately returned to Bogalusa.

Miller said that investigators believe that Moss took an active role in the disposal of James’ body. Moss, being a prior convicted felon, was also found to have been in possession of a firearm, while detectives investigated the matter.

It is not believed that the firearm was used in James’ murder, Miller said.

Detectives are continuing the investigation, and further forensic evidence analysis remains pending at the crime lab.

Miller said that detectives believe that Moss did not act alone, and are continuing to pursue leads in the case, to identify and charge all parties involved in the murder of James.

“It is believed that James was murdered at a location, other than the location where his vehicle and body were found, indicating that one perpetrator had to have driven the victim’s vehicle to the body dump site, while another perpetrator had to have picked up the driver of the victim’s vehicle, once it was hidden in the wooded area,” Miller said.

Moss, who was already incarcerated in the Washington Parish Jail in Franklinton on a probation and parole violation, was served with the active warrants for his arrest, and booked into the jail on the charges of obstruction of justice and convicted felon in possession of a firearm.