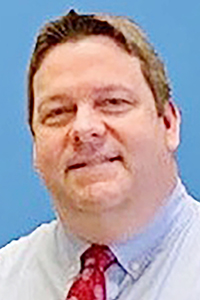 Lance Davis, 49, passed away on June 12, 2020, in a tragic automobile accident. Lance was born on Jan. 13, 1971, in Bogalusa. He graduated from Bogalusa High School and Southeastern Louisiana University with a Bachelor of Arts in Management and a Masters of Business Administration. Lance served in the Banking Industry for over 20 years. At the time of his death, he was Assistant Vice President and Financial Relationship Manager at First Guaranty Bank. He was also previously employed by Citizens Savings Bank. Lance served as President of the Nellie Byers Training Center for the past 14 years, and was actively involved in several local and civic organizations, including Kiwanis Club, Rotary Club, and Magic City Carnival Association (MCCA).

For those who knew Lance, know his son was his heart, he loved his LSU Tigers, and grilling was his passion.

Visitation will be Thursday, June 18, from 9 a.m. until the funeral service, which will begin at 1 p.m. at First Baptist Church, 541 Ave. F in Bogalusa. Interment will immediately follow at Hillview Memorial Gardens on Springvalley Road.

Arrangements have been entrusted to Poole-Ritchie Funeral Home. Condolences may be shared on the Poole-Ritchie website at www.pooleritchiefuneralhome.com.

In lieu of flowers, donations can be made to Nellie Beyers Training Center at 640 Ave. V, Bogalusa, LA 70427.