Three Bogalusa men were arrested and charged with various drug and gun-related offenses earlier this week, according to Maj. Wendell O’Berry of the Bogalusa Police Department. 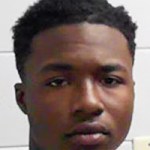 “On Tuesday afternoon, Bogalusa Police Department Criminal Patrol Officers responded to the Sunset Acres Housing Complex in reference to a call of subjects brandishing firearms,” O’Berry said. “Upon arrival, officers smelled a strong odor of marijuana coming from the apartment. Upon knocking, Officers observed a subject attempting to leave the apartment through a window, who retreated when he saw officers.

“Officers eventually made entry and several subjects were detained, but were uncooperative. Based on the information, a search warrant for the apartment was obtained and executed by patrol officers and detectives.”

O’Berry said that officers seized a total of 85 grams of marijuana, drug paraphernalia indicative of the use and sale of marijuana, two 9mm handguns — one with an obliterated serial number, and one with a 30 round magazine. Officers also recovered additional magazines, as well as handgun and rifle ammunition. 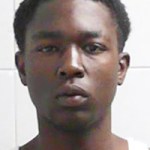 All three suspects were booked into the Bogalusa City Jail and later transferred to the Washington Parish Jail.

The officers and detectives are to be commended for their professionalism and proactive work in removing illegal drugs, guns, and suspects from the community,” O’Berry said. 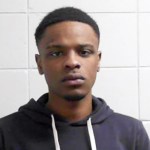