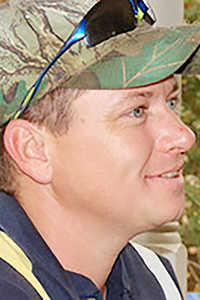 Christopher Dale Holden passed away on Thursday, May 28, 2020, at the age of 49. He was a native and lifelong resident of Bogalusa. He was preceded in death by his wives, Dana Holden and Amy Runfalo Holden.

He is survived by his mother, Marilyn B. Holden; his father, Dale Holden; his daughter, Kelsea E. Holden; step-daughter, Megan Whitecotton; his sisters, Candy Holden Boone and Casei Burdeaux-Mizell; and his grandchild, Presleigh M. Holden and many nieces and nephews.

The Graveside Service will be held on Wednesday, June 10, at 10 a.m. in the Veterans Cemetery located inside Ponemah Cemetery in Bogalusa. Condolences may be made on the Poole-Ritchie Funeral Home website, www.pooleritchiefuneralhome.com.