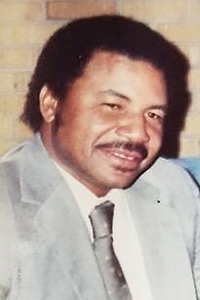 Bate always encouraged the youth and others to “Have Faith” and everything would work out. Bate loved his grandchildren as well as other children in the community. Whenever you would see him, he would always have a truckload of kids.

He was preceded in death by his parents, Estus and Cornell Warren; a brother, Landus Warren; a sister, Margie Warren-Hart; and five grandchildren.

A drive-thru viewing will be held on Friday, June 5, from 4 p.m. until 6 p.m. at Crain and Sons Funeral Home in Franklinton.

A graveside service will be held on Saturday, June 6, at 4 p.m. at Bethel Church of Christ Holiness USA, with the Rev. Alvin Partman officiating.