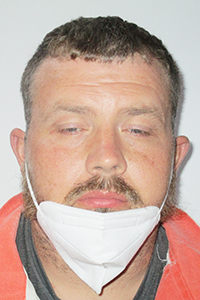 Haley said that WPSO Sgt. Monica Barber and Deputy Phillip Varnado responded Wednesday, to a report of an assault on juveniles at a rural residence north of Franklinton. They arrived on the scene to discover that the assailant was no longer there.
The assailant, identified as Trent Anthony Crain, 32, a resident of Cullen Tullos Road, was located at his residence the same day and arrested by Barber, Varnado and Deputy James Gregorio, Haley said.

Crain was booked into the Washington Parish Jail charged with three counts of battery and one count of cruelty to juveniles. His bond was set at $3,500.

“One of the primary duties of our officers is to protect victims,” Washington Parish Sheriff Randy Seal said. “I am so pleased with the actions of our deputies in locating Mr. Crain so quickly and taking him into custody. While we may never know the true motivation behind someone’s actions, I suspect lack of anger control played a role in this situation.”