Taylor, who escaped from the jail on March 29 and was captured on April 2 in Biloxi, Miss., engaged in a conspiracy with his mother and girlfriend to smuggle illegal drugs to him in jail through the U.S. Postal Service, WPSO officials said. The contraband mail and drugs were intercepted once they arrived at the jail, and Taylor never received them. 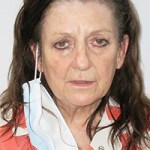 Taylor’s mother, Donna Kay Rogers, 58, a resident of Lona Rester Place in Bogalusa, was arrested on Friday, May 22, and booked into the Washington Parish Jail on charges of distribution of illegal drugs, two counts of possession of illegal drugs, introduction of contraband to the jail and assisting in Taylor’s earlier escape. She was released from jail the same day after posting bond.

WPSO officials said that Rogers has one previous arrest in Washington Parish. In December of 2019, she spent three days in jail after being arrested for possession of illegal drugs.

Taylor’s girlfriend, Natosha Nicole “Nikki” Dailey, 35, also a resident of the same address on Lona Rester Place in Bogalusa, was arrested Friday, May 22, and jailed on charges of distribution of illegal drugs and being a principal to the introduction of contraband. She was in jail for two days before posting bond for her release.

Judd Scott Taylor, 33, an inmate in the Washington Parish Jail since his capture in early April, was arrested again on Friday, May 22, on a new charge of introduction of contraband. He remains in jail. 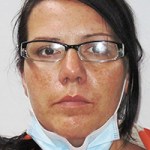 “This was an elaborate conspiracy involving lots of deception and even codes,” Washington Parish Sheriff Randy Seal said. “It’s hard to imagine a mother conspiring with her son to give him access to illegal drugs, but that’s exactly what happened.

“On top of that, she also helped to facilitate his escape and elude capture for a few days. Sgt. Barry Cooper did an excellent job gathering information and documentation, which led to these arrests. Thanks, Barry, for a job well done.” 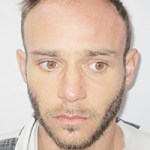